Through navigating the challenging waters of 2020 we found ourselves celebrating one of the biggest accomplishments for our brewery: On the evening of Friday, October 16, we claimed a GOLD MEDAL at the 2020 Great American Beer Festival (GABF)!

Hosted annually by the Brewers Association, GABF serves to evaluate beers from around the country and recognizes the most outstanding brewers and their beers. GABF is the country’s preeminent beer festival and world’s largest beer competition. This year the Brewers Association awarded 272 medals to 240 breweries across the country during the GABF. The best beers in 91 beer categories covering 170 different beer styles (including all subcategories) were awarded gold, silver, and bronze medals during a virtual ceremony hosted on The Brewing Network.

The Snow, an Imperial Stout produced at our 7th Street brewery on Buffalo’s historic west side, was awarded a gold medal as a world-class Imperial Stout that accurately exemplifies the specified style, displaying the proper balance of taste, aroma, and appearance.

“Our imperial stout balances alcohol notes, roasted bitterness and delicious dark chocolate flavors in a velvety, warming, smooth beer. We pride ourselves in our ability to produce great beers across many styles and to be recognized with a beer we care so much about here is truly special.”
– Ryan Demler, Director of Brewing Operations at Community Beer Works 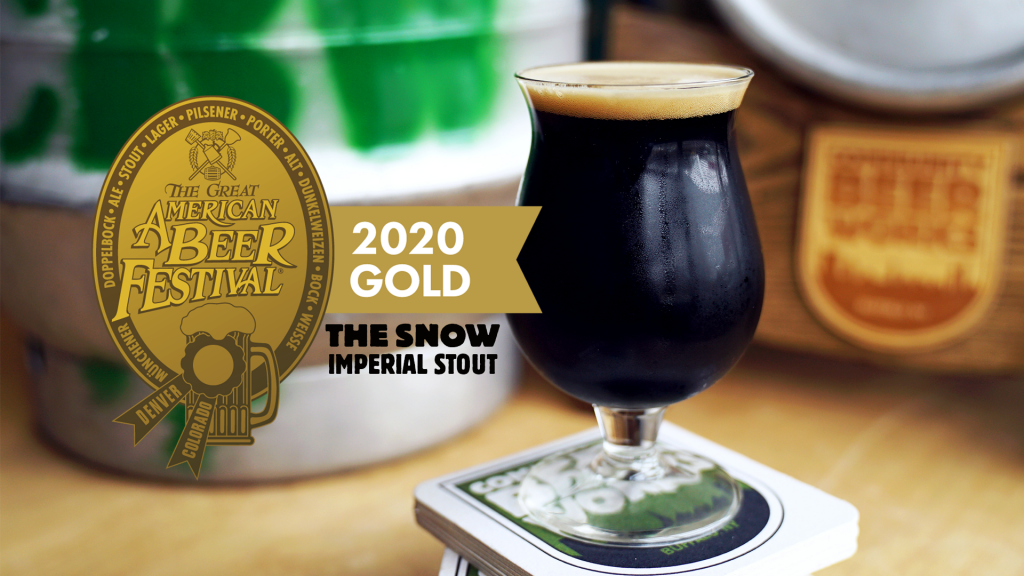 Judges for the 34th edition of the celebrated competition evaluated 8,806 entries from 1,720 breweries from all 50 states plus Washington, D.C. Socially distanced judging took place in 35 sessions over 18 days with strict safety measures in place. The awards ceremony was held virtually on Friday evening, kicking off the two-day online programming portion of the Great American Beer Festival.

“This year’s GABF competition may have looked a little different, but the beers entered into the competition were as impressive and innovative as ever,” said Chris Swersey, competition manager, Great American Beer Festival. “This has arguably been one of the most challenging years breweries have ever faced, so we hope these awards serve as a symbol not only of brewing excellence but also the resiliency of the craft brewing community as a whole.”

This is our second GABF award in as many years, having previously won a bronze medal for our Session IPA, That IPA. 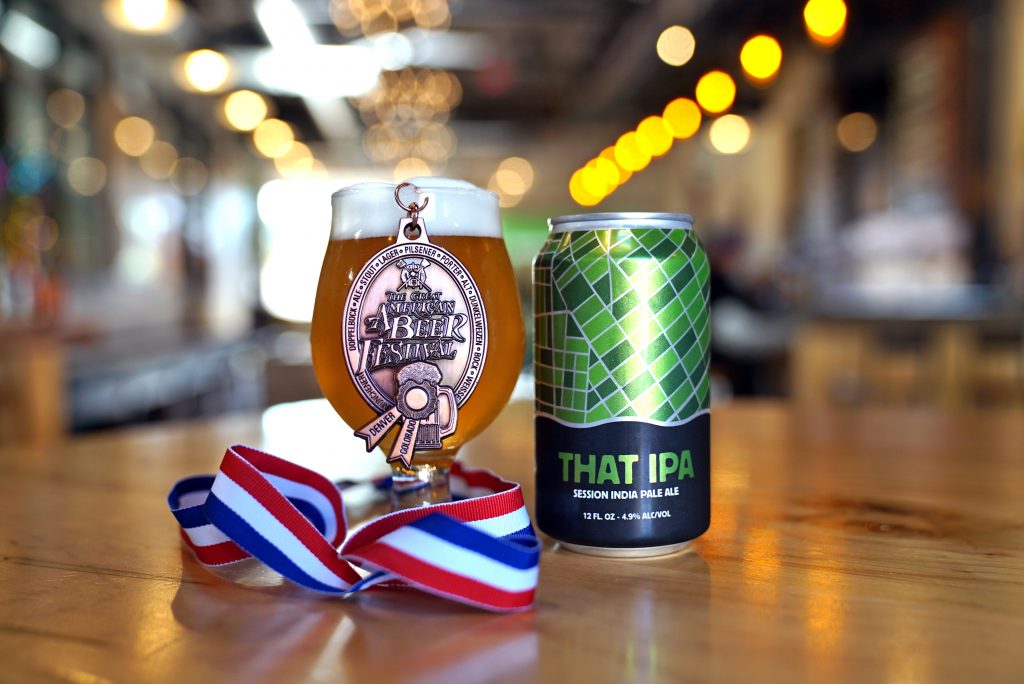 What does winning this award mean to us? It’s a reflect our commitment to excellence, our determination, and the crazy journey we’ve been on over these past eight years; starting as a scrappy 1.5 barrel brewery in a tiny garage and growing into a national renowned 6,000 barrel brewery.

“Our talented team of brewers crafted a unique and complex beer that earned one of the most respected awards in our industry. We’re proud of the beer and the team who made it and we thank the Brewers Association for the recognition.”
– Chris Smith, Co-Founder of Community Beer Works

To all of the CBW family who helped us get to this point through your endless hard work, and to our community for supporting us through your love for our beer, THANK YOU, and cheers!