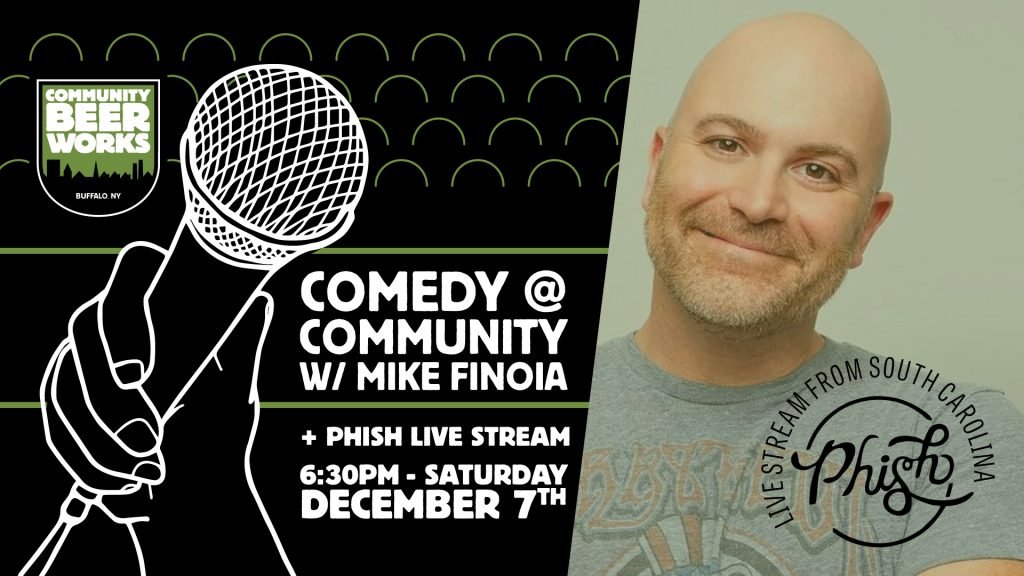 Join us for a night of laughs, music and beer as Comedy at Community presents standup from Mike Finoia followed by a live stream of Phish on our 12-foot screen!

Mike has written and produced for TruTv’s Impractical Jokers, and is a regularly featured guest on Comedy Central Radio’s The Bonfire. Finoia is a regular performer at comedy clubs from coast to coast, including The Comedy Cellar in New York. He has previously performed in Buffalo in support of Big Jay Oakerson, and is currently on the road with Dave Attell.

A Phish fanatic and certified Dead Head, Finoia is the unofficial Stand Up of Shake Down Street having attended over 300 concerts and shows at venues across the country.

His 2017 album Live in Burlington is available online on iTunes and Spotify https://open.spotify.com/album/6GY8XhSArpyevjomnFTaNI

Enjoy fresh local beer, a full bar and tasty food when we transform our taproom into a showroom for a special night with Mike Finoia and Phish! It’s all happening at 520 7th Street on Buffalo’s West Side.