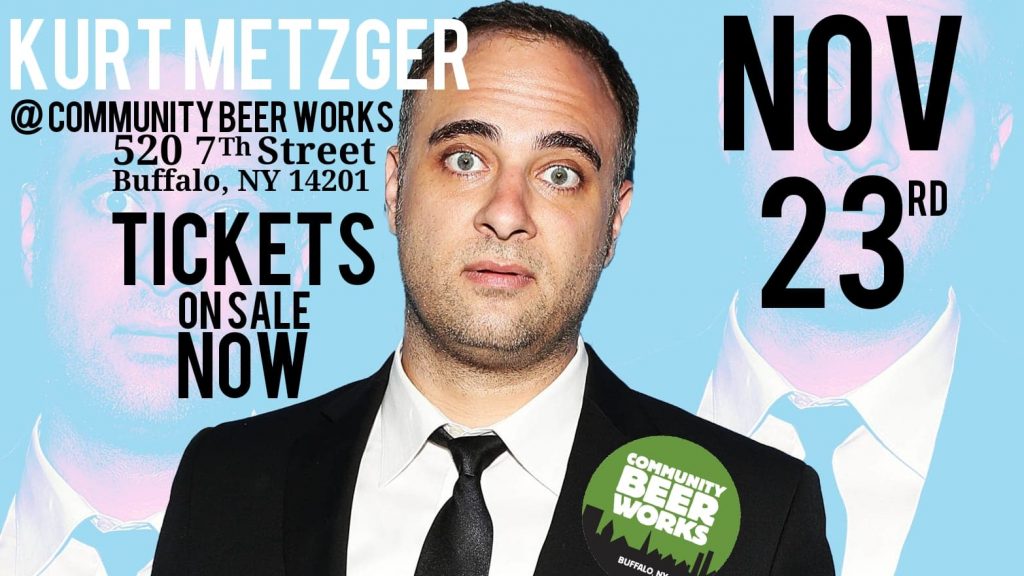 Join us for a night of laughs as we launch Comedy at Community with Emmy Award Winning Comedian Kurt Metzger!

Kurt has written for several popular television series, including Comedy Central’s Inside Amy Schumer, This is Not Happening, and Showtimes Who is America?

Metzger is a regular performer at comedy clubs across the country, including The Comedy Cellar in New York and The Comedy Store in LA.

His special Kurt Metzger: White Precious is a favorite amongst critics and comics alike, and is available through Amazon and iTunes.

Enjoy fresh local beer, a full bar and tasty food when we transform our taproom into a showroom for a special night with Kurt Metzger! It’s all happening at 520 7th Street on Buffalo’s West Side.